8 August 2013
IT Assist Labs has confirmed the status of Microsoft Certified Partner in terms of Microsoft Partner Network. All previously existing competencies were confirmed: Software Development and Data Platform.


15 August 2011
IT Assist Labs completed the next stage of work on a serious project to develop an information system for a major Russian customer. The project included development of a new version of the information service, preparing it to implement load-testing and the testing itself in our laboratory and on-site of general contractor. The customer wanted the project to have a private status, and therefore we can not disclose more details.

The general contractor was a company Kroc - the biggest IT integrator in Russia. As usual the requirements and expectations were very high while timeframe was extremely short.

We used our proprietary developments in the field of load testing.

We've completed the first stage of Zambian voter roll 2011 project. We have implemented a new versions of biometric search system and integration solution for Zambia. Customer has replaced obsolete cluster hardware with a new one. The solution we developed was deployed to the new cluster few months ago in the data center of Electoral Comission of Zambia.

The system has successfully re-processed few million biometric records. The same task as in 2006 was solved by thirty two 6-core blades instead of sixty 1U servers. Seach system used 786 cores in total!

We're preparing for the next stage - delevoping a next version of AFIS and integration solution to be deployed as a continually working system to process ongoing registration of new voters. This new version is being tested and tuned.

We launched english version of our site


18 February 2011
We launched english version of our site at http://www.it-assist.ru/en.
It provides a separate news feed using RSS 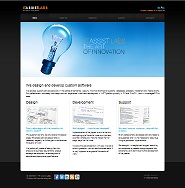 Today we've completed the first stage of transition to a new partnership program Microsoft - minimum set of new Microsoft Partner Network requirements is met. Our certified professionals have been certified to the updated tracks, our customers provided new references, the required online testing is completed.

At the moment we have confirmed two competencies: Silver Software Development and Silver Data Platform. We're not to stop on this. We will be expanding the list of competencies and looking towards the Gold level of partnership, requirements for which were fundamentally changed and risen much compared to the obsolete requirements for Microsoft Gold Partners.


Private project has been completed for Croc company

What is possible in such circumstances to announce? Let's try this: the company IT Assist Labs completed the first stage of a serious project to develop an information system for a major Russian customer. The project included the integration of a web portal with new information service.

The general contractor was a company Kroc - the biggest IT integrator in Russia. This puts a special mark on the character of work. Generally, be a subcontractor is not easy. All the organizational and technical shortcomings of the project participants are being dumped on his head.

The project was also notable for a new experience: the work was carried out exclusively on-site general contractor, in an atmosphere of extraordinary secrecy in the very unusual team.